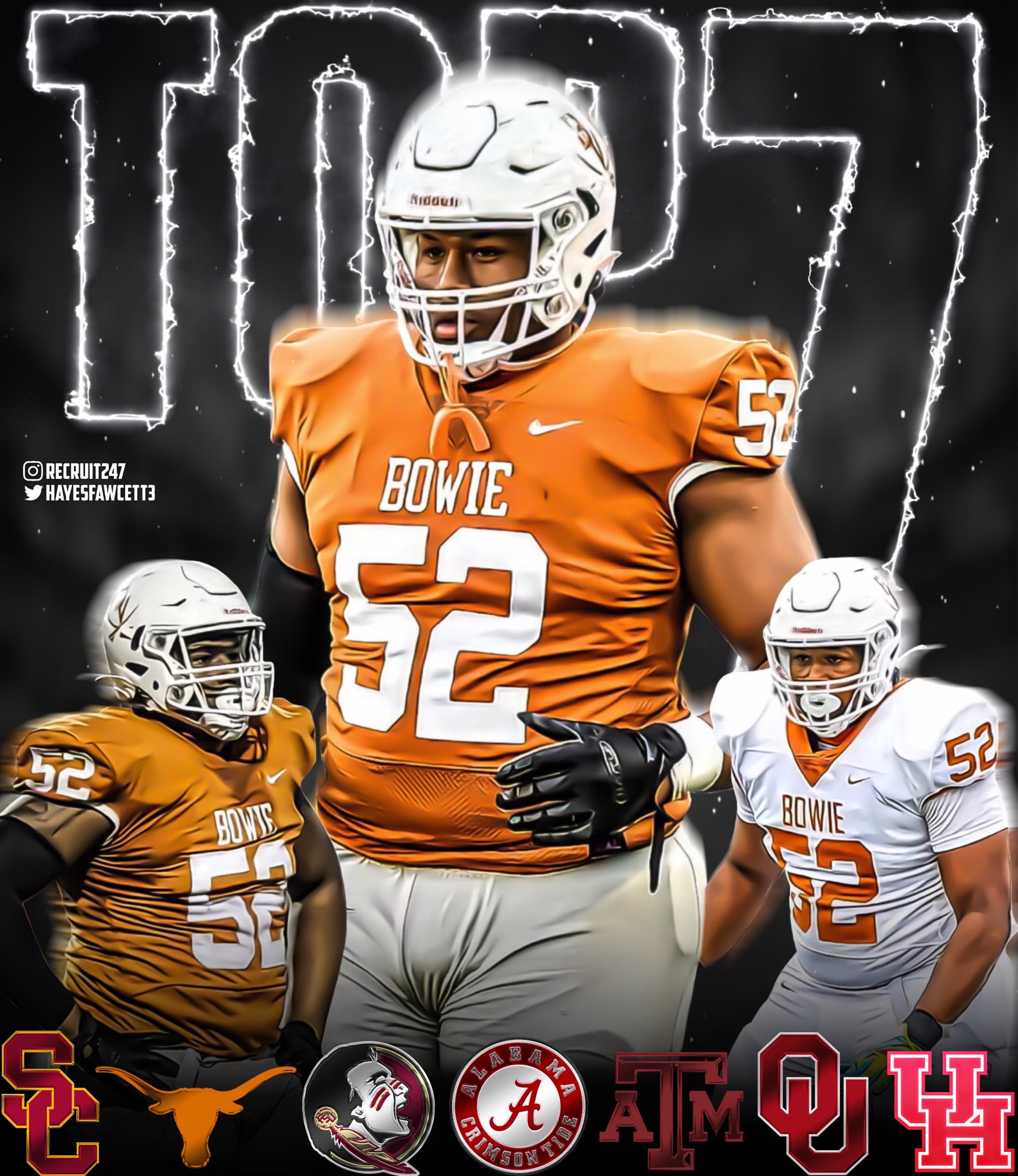 Planning to visit LSU the weekend of June 11th. Visitors already attending that weekend below.

Writing on the wall is that he will end up at Texas but..

quote:
Nothing like being the “oh yeah them too” school to give you that warm fuzzy feeling about a prospect

2-3 elite offensive lineman is all this program is missing imo. If they can pull 1-2 five star tackles and develop some of the guys on the roster it immediately makes the team a competitor for a natty imo.

Elite talent all over the roster other than OL.
Back to top
Reply
Replies (1)
OptionsTop
Replies (1)

Think he would look better in the purple and gold

to Everyone
Advertisement
Back to top
Captain Crown

on 5/4/21 at 8:56 am to RLDSC FAN
It certainly appears that way. Just noticed he had potentially scheduled and LSU visit.
Back to top
Reply
Replies (0)
OptionsTop
Replies (0)

quote:
Nothing like being the “oh yeah them too” school to give you that warm fuzzy feeling about a prospect

quote:
It may work out better than some of our recent "Dream School" out of state recruits changing their mines on signing day


Think of it this way, he leaves us off and then recieves a call from Cregg about it... then quickly adds us.

I know double edged sword here, but correcting it is worth something... just not a bunch.

As for the discussion...
Except for height/length kid is a near-complete package. Has the foundation to become a very agile OL. Normally, I'll be the first to say do not focus on height and weight, focus on feet/hips and strength because those are harder to develop, and develop quickly. I prefer the movers who have a frame to add the right, and good, mass within our own S&C program. He's outside those preferences with his build and current weight. So he would have to go the opposite direction. But he's got the ability to pull that off. He moves very well for his mass as it stands now; that will translate later. I also like his form/base; he's been coached well and with some S&C at P5 level that will only get better.

Yes, he's a "bruiser" but with great potential to be a "Bruiser +++", i.e. a bruiser that moves very well and packs a near-instantaneous punch getting out of his stance well. Those will improve with time which means how he looks on the outside isn't going to be representative of how well he moves.

One note, even at this level 6'3" (if accurate) with arm length of 28" or more doesn't scare me at all at OT. There are guys in the NFL with the same. In fact, of the top two OTs drafted this year neither are above 6'4.5" and the longest arm length is 33".
Back to top
Reply
Replies (1)
OptionsTop
Replies (1)

quote:
Except for height/length kid is a near-complete package