What gas powered reel mowers anyone have experience with?

Posted by ronk on 1/13/22 at 9:59 am to bamatiger90
Is your lawn bermuda or zoysia? Youre gonna have a hard time cutting St Aug. I use a manual reel mower on my tif and I love it. I have a neighbor that has a swardman reel mower and that thing is awesome.
Back to top
Reply
Replies (2)
OptionsTop
Replies (2)

on 1/13/22 at 11:03 am to bamatiger90
Grass type? Desired height of cut? Decently level? How dedicated are you to maintaining(i.e. going to mow the area 2-3x week during peak growth season or use a growth regulator).

If youve never done reel mowing before, I would considering doing a manual reel first before dropping money on a gas reel mower.

I have a electric/battery reel mower that I bought towards the end of the season last year(sunJoe). It cuts okay...I think the manual reel mower did a better job. But I'm going to start using it at the beginning of next season and see how it does as the grass gets thicker.

I would head over to thelawnforum if you want to try to scope out the pros and cons of the different reel systems.
Back to top
Reply
Replies (0)
OptionsTop
Replies (0)

Posted by shadowdancer on 1/13/22 at 11:09 am to bamatiger90
I used to mow my lawn with a reel mower. It was great exercise. If you have the right mower and the right grass, your lawn will look like a well manicured golf course.

You need to mow often. Also, if you have pine cones, sweet gum seeds or pods (or whatever they are called), or Magnolia seed pods, they will jam up the mower.
Back to top
Reply
Replies (0)
OptionsTop
Replies (0)

quote:
I use a manual reel mower on my tif and I love it.

If your yard is "lumpy" or uneven you may not want one.
Back to top
Reply
Replies (0)
OptionsTop
Replies (0)

on 1/13/22 at 12:03 pm to TigerVizz87
I have one of the American reel mowers. No issues with it. I bought it specifically because I could lower the cut height down to 0.5" for scalping. Although I typically maintained the cut at 0.75-1" .If you have Bermuda grass... because only the tips are green, you need to initially cut lower than the height you're gonna maintain at.

I have head good things about the fiskars, but the lowest you can go on them is an inch. I didn't want to maintain higher than an inch.

Posted by ronk on 1/13/22 at 1:03 pm to TigerVizz87
I have used both manual reel mowers mentioned here. I own an American and have used a fiskars. The fiskars cuts easier. I scalp my lawn at the beginning of the spring and then keep it an an inch. I mow a portion of my lawn every day. Front one day and back the next. It takes about 30 minutes and I mow at 10pm. For me it is stress relief/enjoying the moment. I live in a quiet cul-de-sac with thousands of open acres surrounding it. Finish at 1030, get the water hose and rinse the grass of my legs, put down my tailgate and have a beer and listen to the coyotes.
Back to top
Reply
Replies (0)
OptionsTop
Replies (0)

on 1/13/22 at 7:17 pm to bamatiger90
I had a 27" tru-cut with 5.5 Honda. It was the commercial level; dual rear wheels,etc. Very well built, no issues. However, I've had 28 pallets worth of emerald zoysia since 2005, that I've expanded some by punching and transplanting plugs. Emerald zoysia is an older variety. It is very fine, but wiry and stiff. Cutting that grass, the reel would dull to where it tore and frayed the tips within just a few weeks of being professionally sharpened. I tried lapping it myself, and afterwards you could cut a sheet of paper no problem. But that wasn't good enough to cut grass cleanly. I was driving an hour and paying $80 per sharpening. The result of the professional sharpening was a reel lapped so tight, that it was hard to turn by hand. But that's what it took to cut my grass cleanly, and it would only last a few weeks. There's also an alignment for the reel-to-bedknife of the sharpening process, which is also tricky. For my application, it required ridiculous precision. That got old. After a few years, I pushed it to the side for about 10 years. Then I sold it and put that money into a dethatcher, which I found much more useful with what I have, as finding a rental was always a pain. Since then I just cut with a regular rotary riding mower with bagger. It frays and tears, but I've accepted that that's just the way it is with Emerald Zoysia without a professionally outfitted means of sharpening the reel. I cut on Sunday or Monday evening and it looks good again by Friday for the weekend. The reel mower failure (not the mower's fault) is the one thing I never read in all the research I did before getting Emerald Zoysia. But it's the biggest issue I've encountered. I think a reel would be much better on bermuda, or maybe other types of zoysia that may be softer or less dense than emerald, or show fraying less.
This post was edited on 1/13 at 7:36 pm
Back to top
Reply
Replies (1)
OptionsTop
Replies (1)

on 1/13/22 at 7:52 pm to Tiger-Striped-Bass
Sharpening is a consideration. I have not found anyone who can sharpen a reel mower in SE Louisiana.
Back to top
Reply
Replies (1)
OptionsTop
Replies (1)

on 1/13/22 at 8:00 pm to mikie421
There was a guy who operated out of a mini storage off of Florida Blvd in Baton Rouge that I used to go to. I think his name was Ronnie. He was mostly a mobile service type of business, serving school ball fields and golf courses. But that was over 10 years ago. Don't remember how I came across him, and haven't run across anything like that since.

Edit: This is the name of the business I used to use. 31 yrs in business would align as well. Address given is residential, and websites by that name aren't him. I'd try giving the number a call if you need a reel sharpened. The phone number is probably correct.

edit again: this is definitely him - Ronald Bernard (Ronnie)-Reel World Inc. Don't know what to make of this posting. He was a nice guy and knew his stuff and was always straight with me. Wouldn't hurt to call the number if you need that service.
Reel World Inc
This post was edited on 1/13 at 8:18 pm
Back to top
Reply
Replies (1)
OptionsTop
Replies (1)

I spoke with Ronnie this morning. He is still in business.
Back to top
Reply
Replies (1)
OptionsTop
Replies (1)

on 1/14/22 at 1:04 pm to bamatiger90
I went all in last summer and went with a used greens mower. Unless you are cutting a small area, I've seen many on the lawnfourm and youtube etc recommend this route over the trucuts, cal trimmers and others.

It's more of a hobby than just getting the lawn cut short. And you'll certainly still need a working rotary mower. 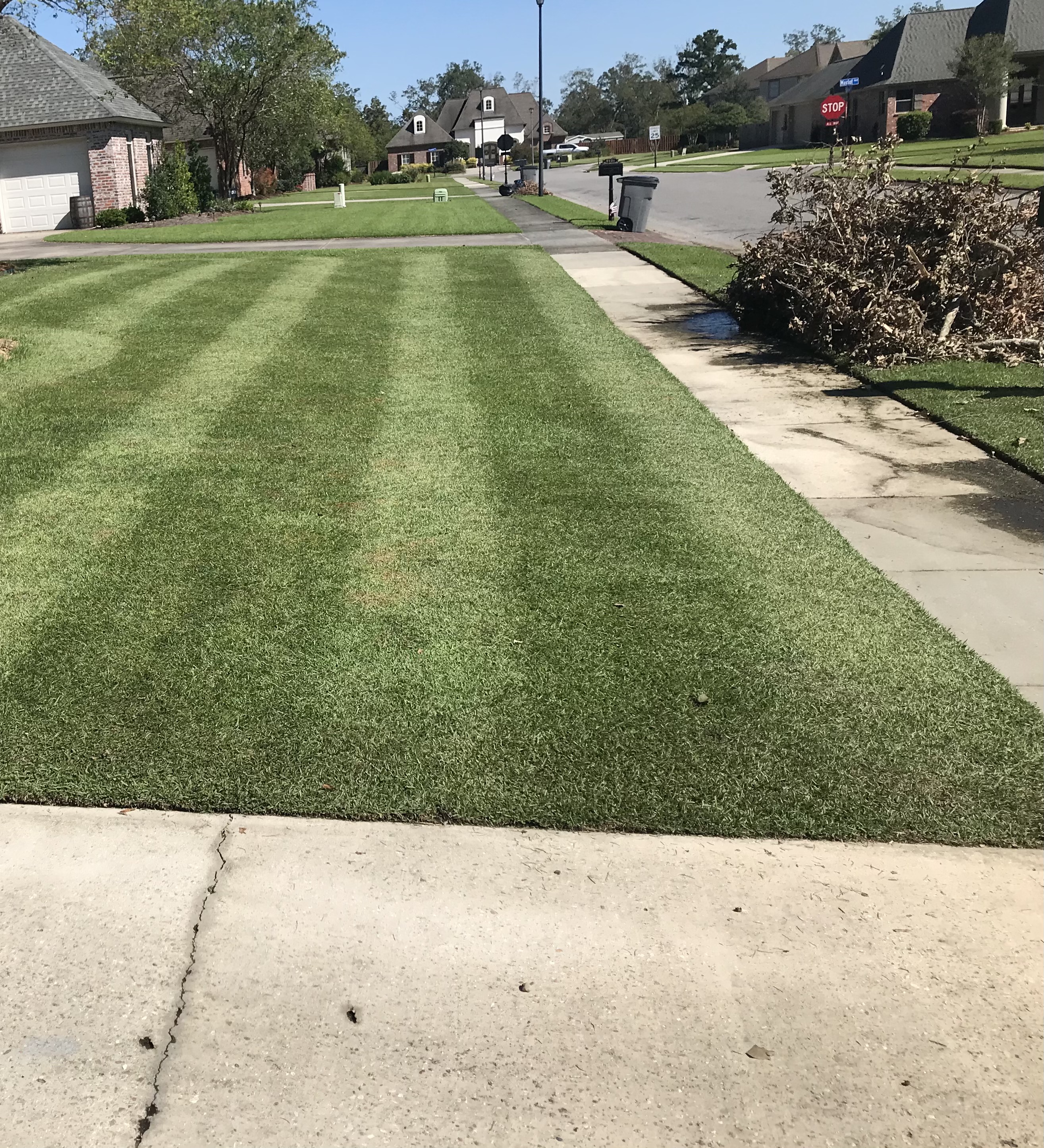